Latest News
Home /EXPLORING DAVAO CITY – Famous Tourist Attractions to Visit in the City!
Spread the love
Located in the Southern part of Mindanao, home of the very infamous Durian fruit, and home of our current President, Rodrigo Duterte, this bustling city of Davao has so much to show and to impress tourists. 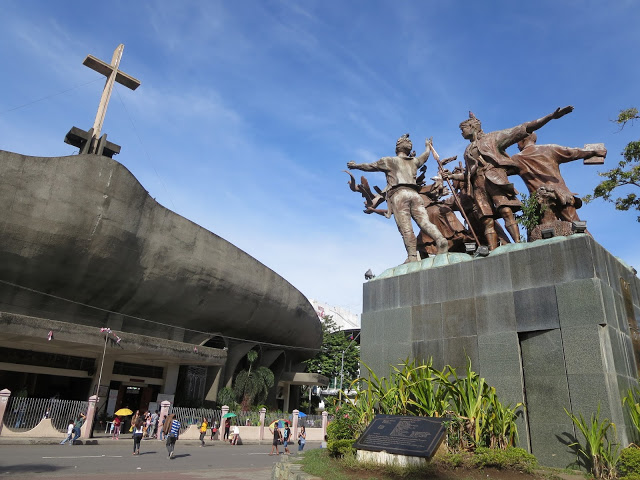 Where to stay in Davao City?

During our weekend adventure in Davao, we tried to fit in as many places as we could to explore.  During our stay in this vibrant city, we were accommodated right in the heart of Davao, at the MARCO POLO HOTEL. This hotel was so central, it made exploring so much easier.
See:  Marco Polo Davao – Start Creating Good Memories in the Heart of Davao 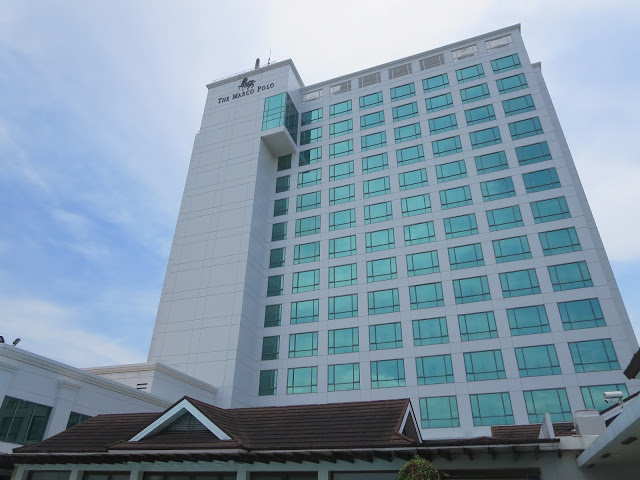 Shop at ALDEVINCO for souvenirs

Just outside Marco Polo Hotel, you will find ALDEVINCO. This is a perfect place to look for presents to take home. Find local souvenirs, handicrafts and jewelries native to the Mindanao region. It is advised not to rush your trip here as there are so many things to see and buy at a very good price. 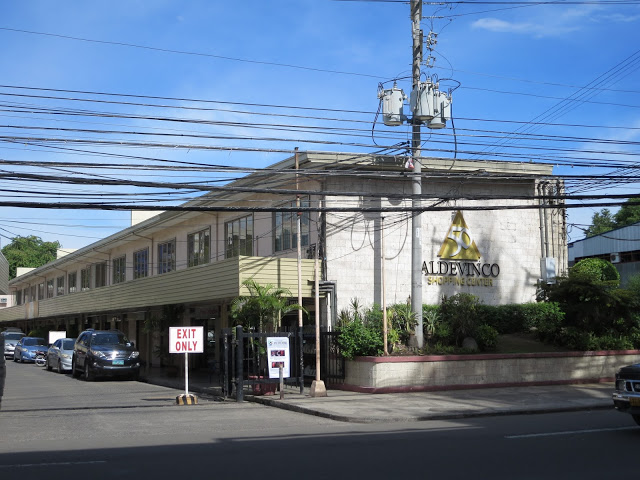 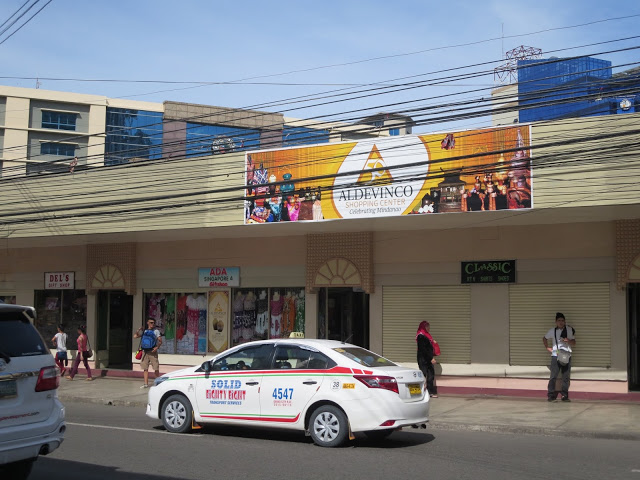 After a nice brunch at the hotel, Olan Fernadez of Travel Teller, picked us up and took us to see a historical landmark, the CITY HALL OF DAVAO, built in 1926. This is a great location to start off Davao city tour. 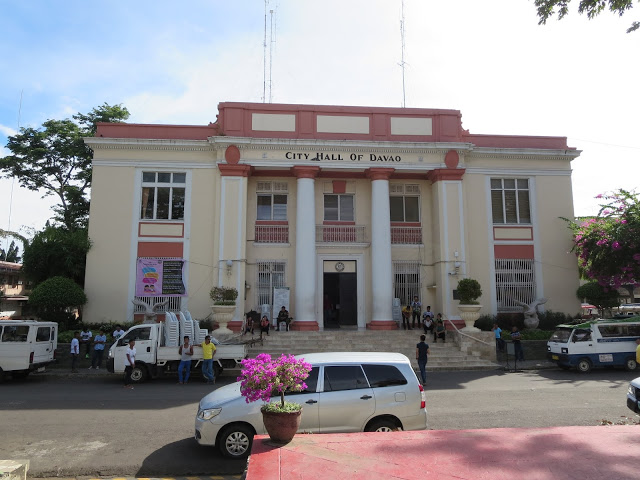 The city is surrounded with different parks which is a favorite hang out of people during weekend. One of them is the QUEZON PARK that stand right across from the City Hall. Here you will find a sculptures of the different attractions unique to Davao such as the Durian, Orchids and Mt. Apo which is the highest mountain in the Philippines. 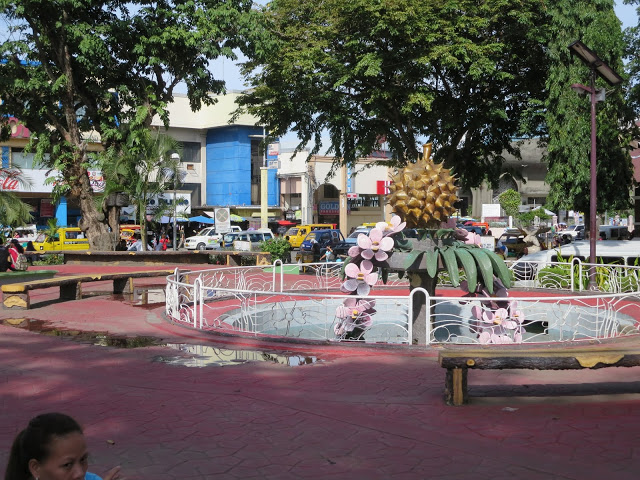 Next to Quezon Park is a slightly bigger park called The RIZAL PARK. This is also a famous park for concerts and other performances since there is a big stage adjacent to it. Here you will find people getting massages, pedicures and manicures, or even just to feed the birds which was fun enough. 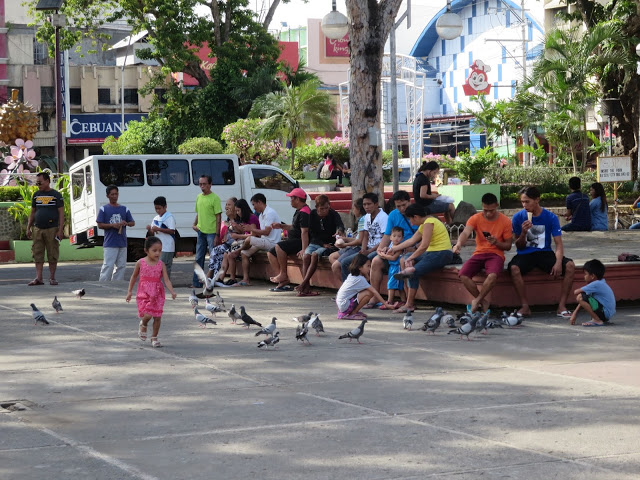 OSMEÑA PARK is among the three parks that are located in the heart of Davao. This park is lush with trees and another favorite location for people who want to relax or play checkers with friends. 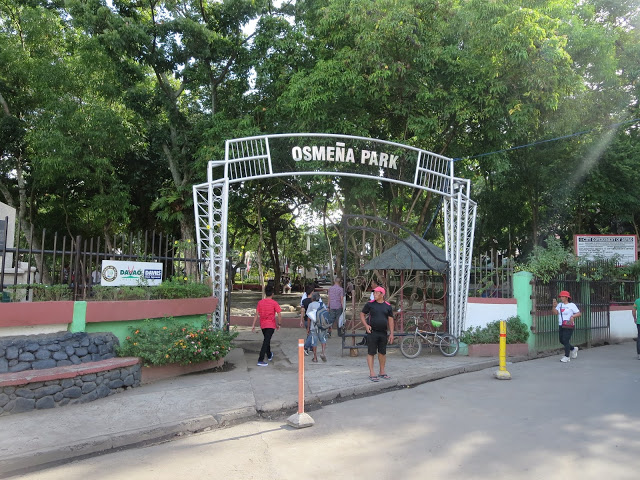 Not far away from the city hall is the oldest church in Davao city, SAN PEDRO CATHEDRAL which was built in 1847 during the Spanish era. The first time I looked at the front church, it reminded me of a boat. This church is so different from the other churches I’ve visited before but the faith of the people remain strong just as in any of the other churches. 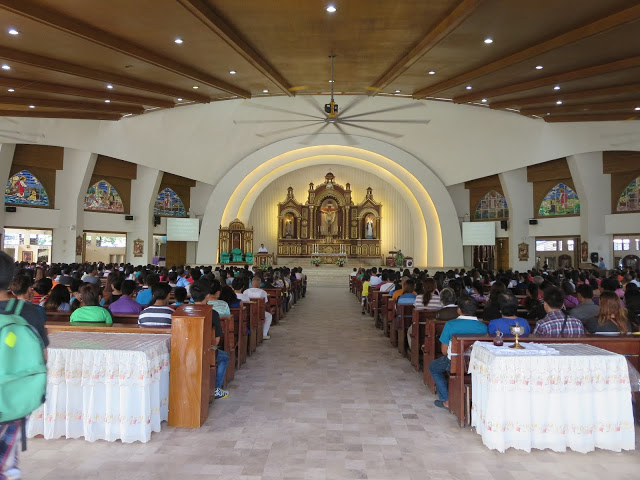 Our trip to Davao was not complete without a visit to the DAVAO CROCODILE PARK. I was amazed when I saw the size of other crocodiles in the park. Aside from the crocodiles, you will see other animals in captivity and also in an open area. A must watch in the park is the animal show where birds and other primates put on a show which was very entertaining. I also like the fact that they integrated the care for the environment like the 3R’s in the program. 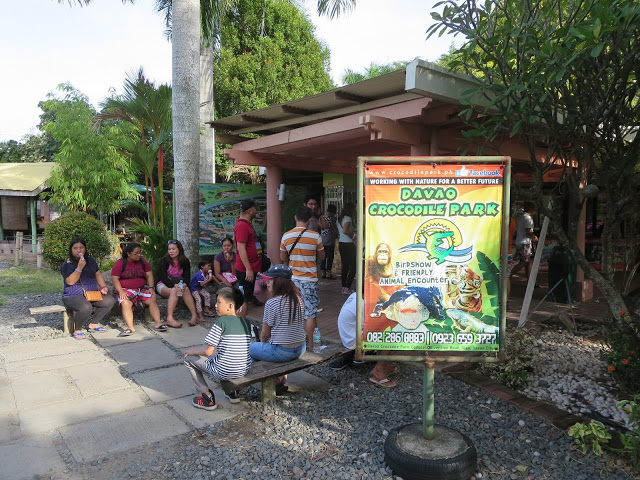 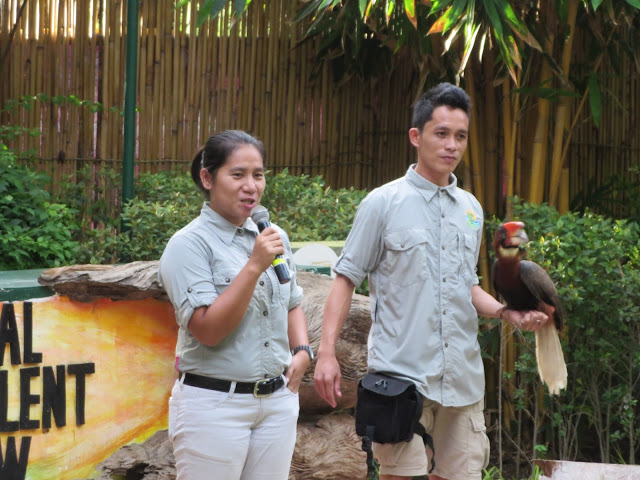 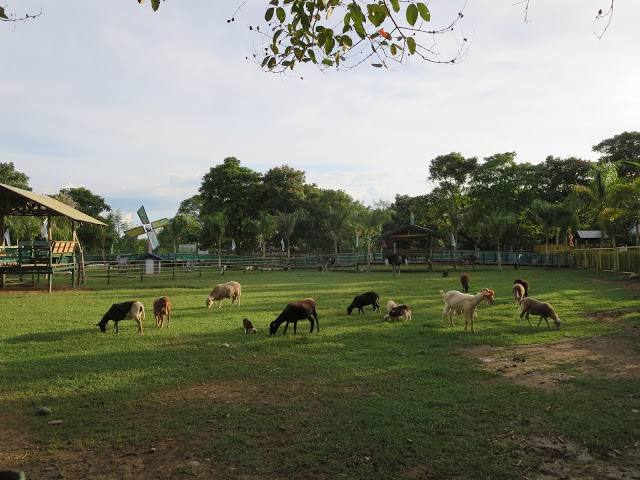 Also a walk away from the Crocodile Park is a cultural village called TRIBU K’MINDANAWAN. Here you will get to discover more about the vibrant culture of Davao. Do not forget to watch the amazing fire dance show and a cultural performance held at Kaonanan Restaurant .
See: Tribu K’Mindanawan – A Great Show to Welcome Every Tourist in Davao City! 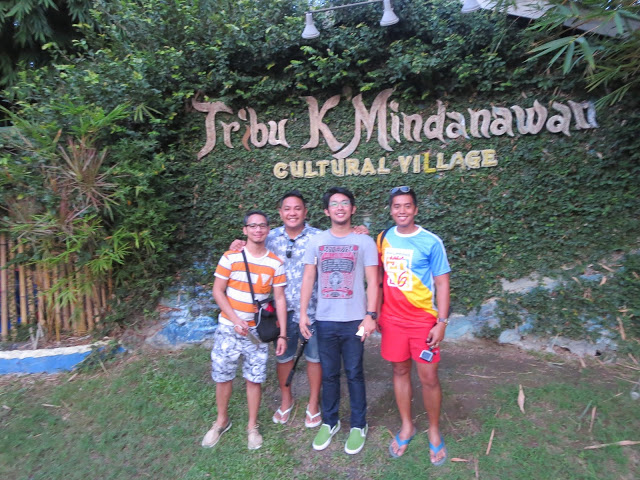 Our adventure was not over yet, if you want to see the city of Davao at night, then drive to Shrine Hills Rd, and check out JACK’S RIDGE. Aside from the amazing view of the city, this place is surrounded by different cafes and restaurants that will surely satisfy your taste buds. 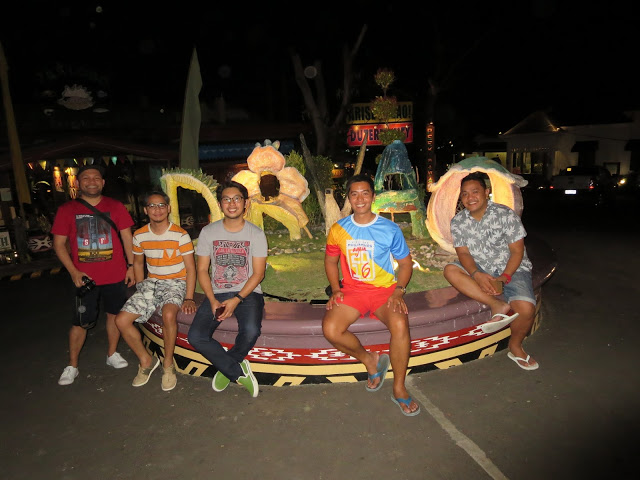 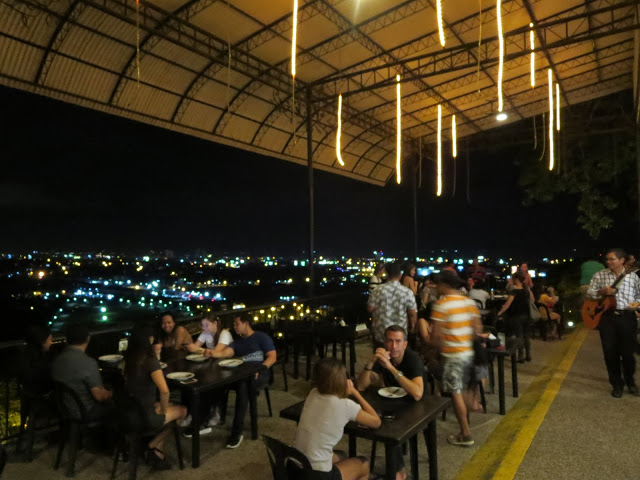 While I was in Europe, one place we did visit was the STATUE OF DAVID in Florence. And when Olan told us that they also have a replica of the statue, we immediately checked it out because I was so curious. The statue is located on the Sea Wall of Davao or Queensland. There are only few replicas of this masterpiece in the whole world. Though not exactly the same, I admire the fact that Davao is one of the few places where you can find a replica like this. 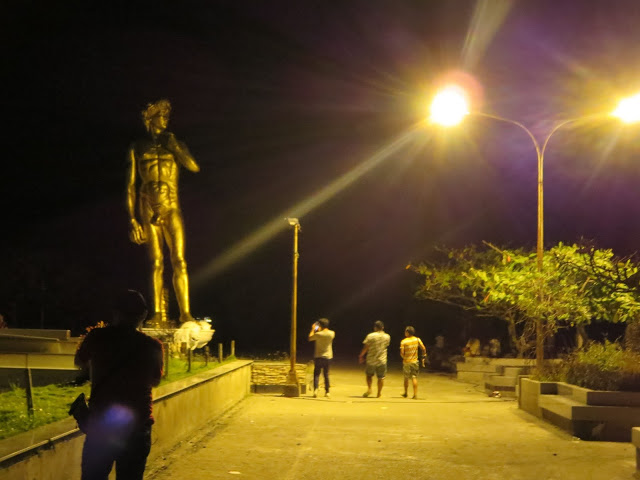 Not far away from Marco Polo Hotel where we were staying. We walked to a street which becomes busy at night. ROXAS NIGHT MARKET is bustling with different street foods and other trading activities in the area. 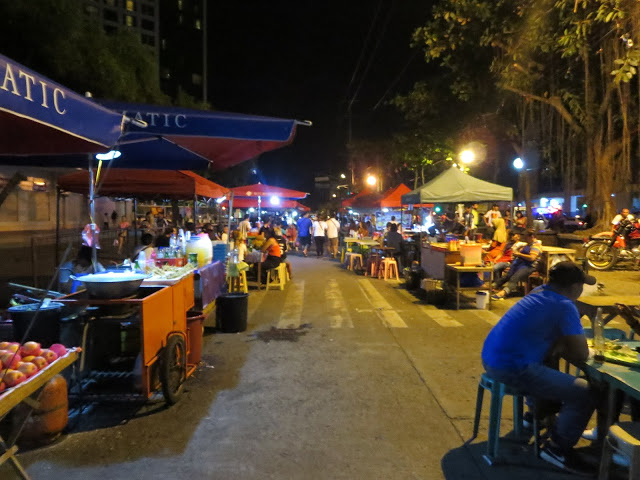 People from all walks of life come here just to enjoy the evening and food. I don’t know if I am ready to try Durian fruit yet, but I was able to enjoy it in the form of Ice Cream! Ha ha! 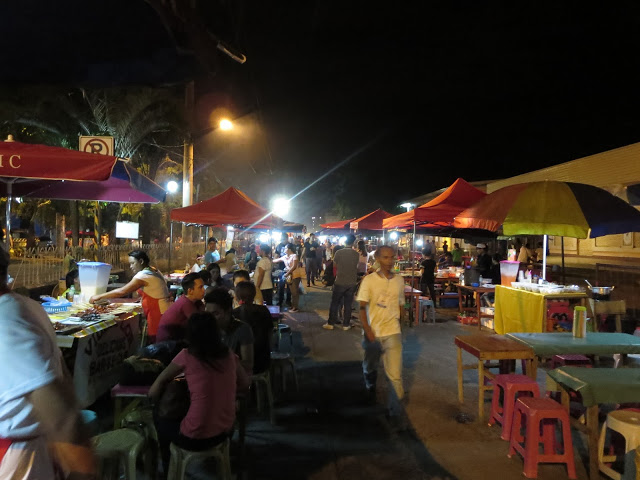 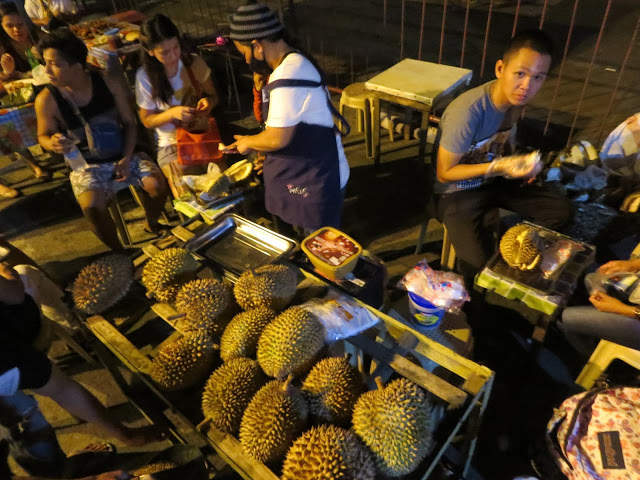 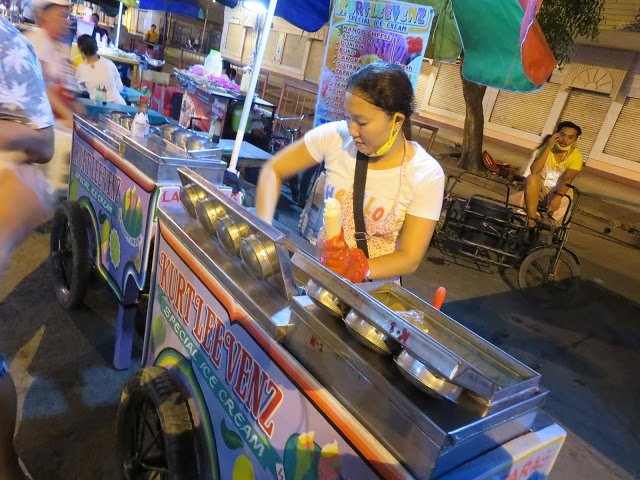 Unfortunately, the Roxas Night Market was struck by a bomb explosion that killed 14 innocent people last September 2, 2016. It was a very sad moment for the people of Davao and also for the country. But the people were very resilient and though the security in Davao was on high alert, business has to go on. 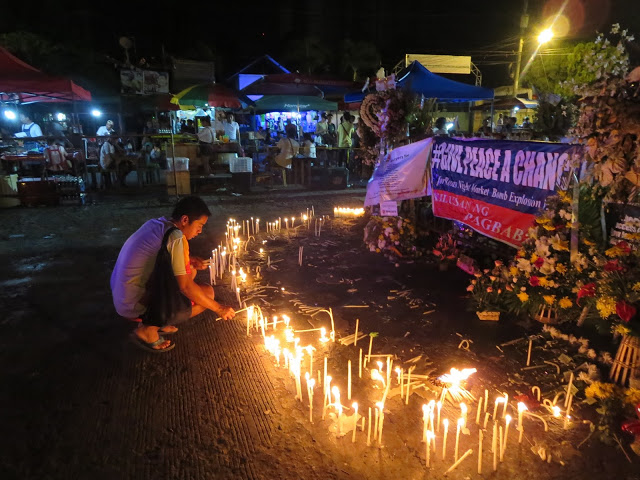 I am so thankful I was able to visit this beautiful city of Davao. Though our stay was short,  I am definitely coming back! I would personally like to thank the following people who were with me, Atty Mark Estur, Kirk Acebron, Darwin Miranda Cayetano for being such a great company during the whole trip.
I would also like to thank Olan Fernandez for his great hospitality and also for touring us around the city.
TAGS: davao citydavao tourist spotsthings to do in davao
Please follow and like us: